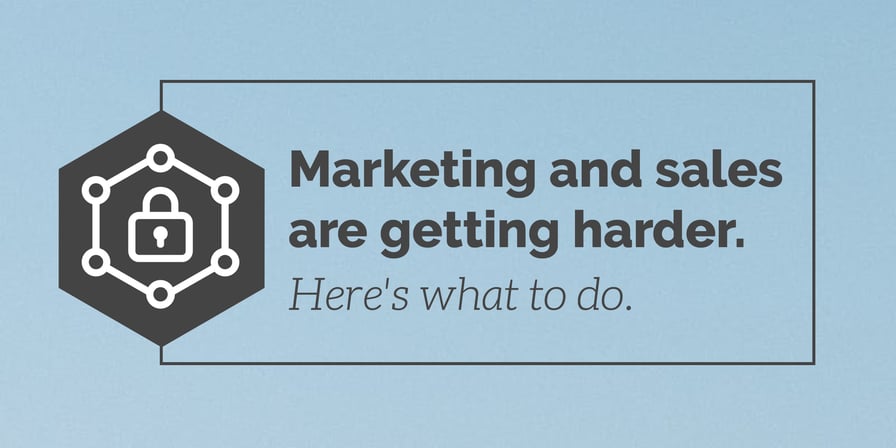 Tech companies are on a continuous drive to improve our experiences. From every screen and device we use, there’s an imperative to make things more useful, less annoying, and stickier. And for every marketer or sales rep trying to hit their numbers, there are a host of tools to help them do that.

But on the other side of that are tech giants intent on making their experiences more pleasant. The Facebooks, Googles and Apples of the world don’t necessarily care that your new tool is giving you an edge over your competitors. If it makes their platforms worse off, you can expect that they’re going to do something about it.

Here are just a few of the examples where we’ve seen tech giants take action against aggressive behaviors from marketers and sales reps:

All these developments reveal a great paradox for marketing and sales: the things we love as consumers don’t always match with what makes our jobs easier.

It also highlights the general risks of relying too heavily on any one platform for your marketing and sales strategies. Tech has spent quite a few years creating new ways for us to reach prospects. Now it’s trying to make it a little harder so that people don’t revolt.

What does the future hold? It’s hard to say. But we’re seeing a decline in “hacks”, “tricks” and “quick wins.” Instead, we’re likely to see more investment in brand, long-term strategy, and channels that companies can own. We’ll see companies spread out their investments across multiple channels, and also look for areas where they can own all the pieces, instead of hoping that a big tech company doesn’t make a rule change that knocks you out.